Is Building Accessory Dwelling Unit Worth it? 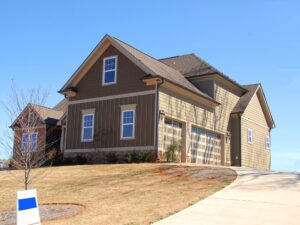 What is an Accessory Dwelling Unit?

An ADU is an idea of having a second small dwelling that is attached to your single-family house. It could be an apartment over the garage or a tiny house in the backyard or an apartment in the basement.

However, one thing needs to be clarified an ADU is considered a part of the same property. It cannot be considered a separate foundation and it can neither be bought nor sold as an independent building. The ownership of the ADU lies with the owner himself. The purpose of building such a unit is to add an extra source of income through rent.

Advantages of Building an ADU

Below are some of the advantages of building ADU:

An ADU adds value to your property. It can be a source of extra income as well if it is used for part-time or full-time rental. Even if you eventually decide to sell it, it will give you a profit. So having an ADU built is going to be beneficial nevertheless.

An ADU can be used for various purposes. It can be used as a studio space, for workshops, a home, an office, a guest suite for friends and family, a play area for children or adults, and a living space. Apart from the house, you have built, an ADU will increase the space you can utilize for several other purposes, without having to rent outside space.

Although you do have a single-family home, an ADU will provide you with an extra living space and a housing space which will be as per your requirements. You can construct and modify it according to your needs and be able to use it immediately.

Cost and Sustainability of ADU

The general estimated cost of an ADU ranges between $100,000 to $140,000 and there are chances this cost could increase to $180,000. The cost is directly proportional to region, an area in square feet, and material, but it is mainly about the region and standard of living. The more expensive the region is, the higher the cost will be.

In Los Angeles, the average cost is $300-$400 per square foot. The cost of labor and contractors also depends on the geographical location. If the cost of labor in your region is high then building an ADU will be expensive.

Is building an ADU worth it?

If you are looking for additional space to increase your living space or you intend to generate extra income, then building an ADU is a viable option and worth the investment.