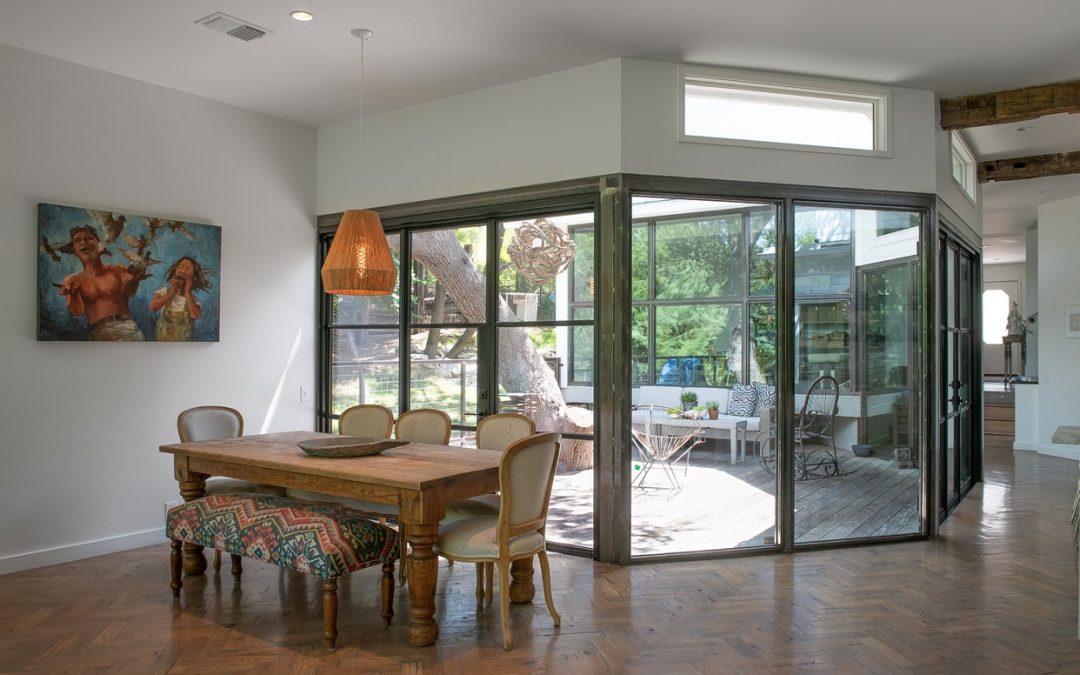 But step inside to find a two-story living room with bleached wood floors and white walls punctuated with bold, contemporary artwork. The sleek, minimalist interiors satisfy Mr. Brunn’s modern aesthetic, while the nondescript exterior lets his home fit into the small, older Brookside neighborhood of Los Angeles. “I thought, ‘Why mess with something if it’s OK?’ ” recalls Mr. Brunn, 40, who spent about $500,000 in a yearlong renovation.

The real-estate recovery in recent years has triggered the rise of undercover luxury homes—properties with modest exteriors and opulent interiors. Owners in gentrifying urban neighborhoods, historic districts and traditional suburbs are taking a less-is-more approach to their exteriors, opting for subtlety, normalcy and privacy. 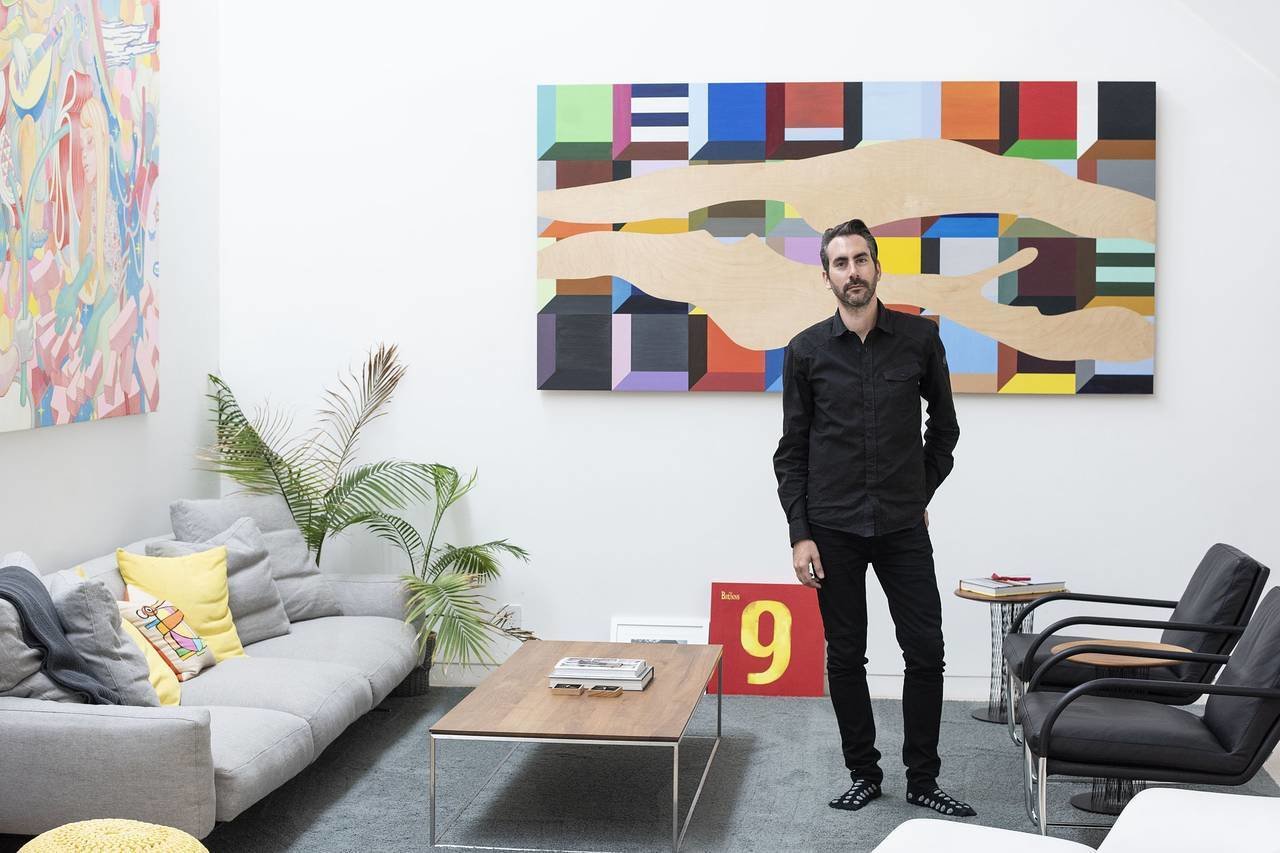 “It’s the end of the statement house,” says Tineke Triggs, an interior designer in San Francisco who says most of her clients now want designs that don’t flaunt their exteriors.

In Austin, Texas, Kelly and Carlos Gonzalez, didn’t want their brand new 3,000-square-foot home to stand out among the homes in the historic Bouldin Creek neighborhood. To that end, the front façade of the farmhouse features white, composite clapboards, modest-size windows and a traditional roofline.

On the back of the house, however, walls of windows, a geometric deck and a third-floor master bedroom make a modern statement. Interior finishes include Carrera marble, custom-wood floors and reclaimed wood beams, she adds

“I wasn’t trying to woo visitors, I just wanted to blend in with the neighborhood,” says Ms. Gonzalez, 44, a stay-at-home mom who is also an interior designer. Her husband, also 44, is a medical-device sales executive. The couple spent about $1 million on construction, with Ms. Gonzalez acting as the general contractor. 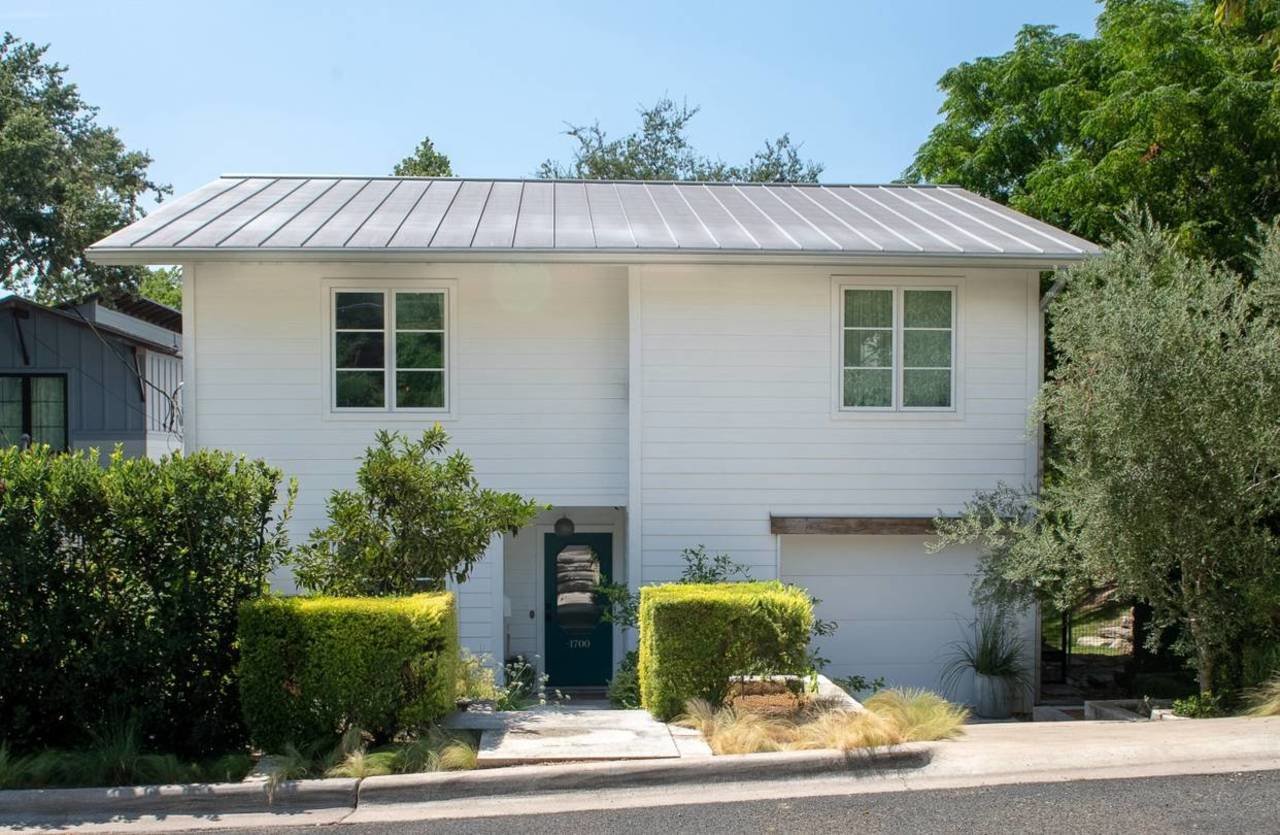 Kelly and Carlos Gonzalez wanted a traditional facade on their Austin, Texas, home to create a more modest look from the curb. Casey Woods Maddeaux for The Wall Street Journal 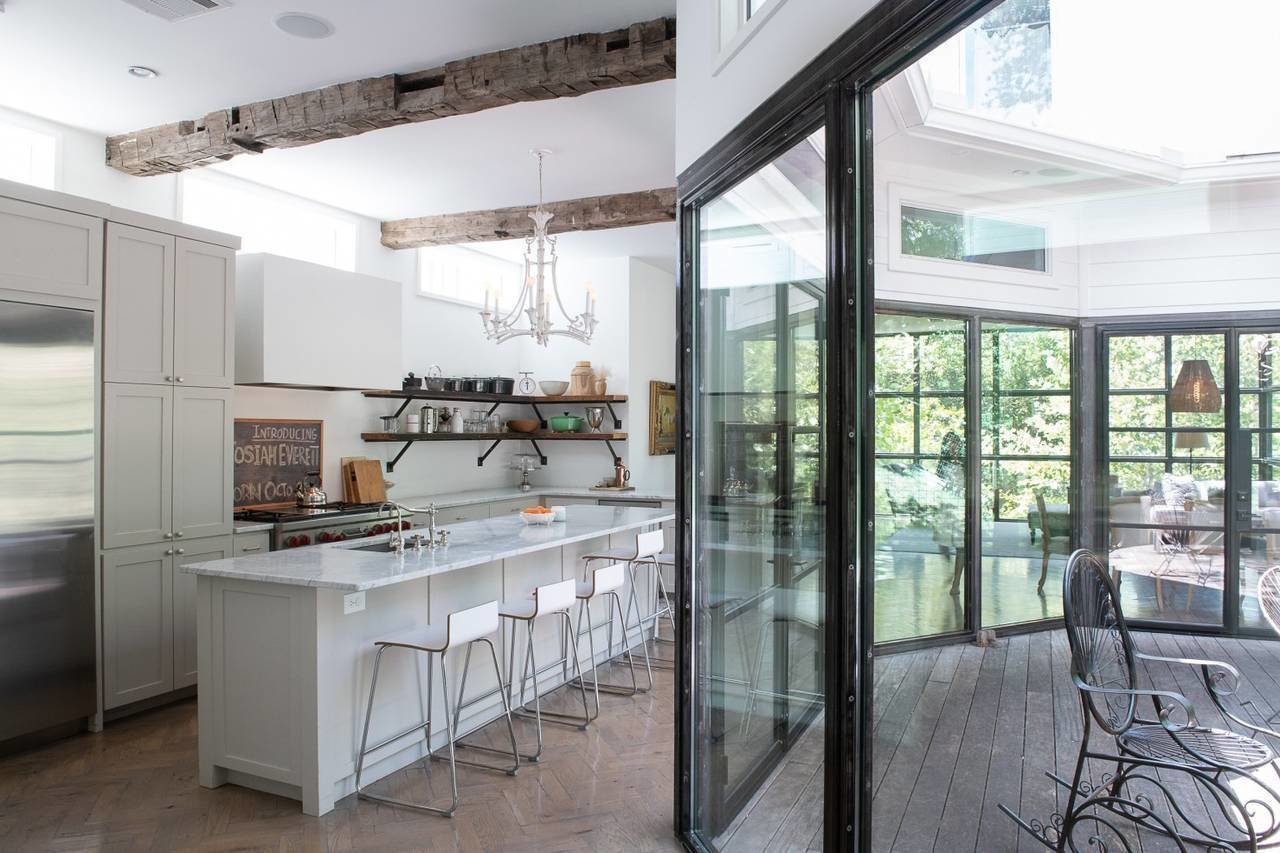 New construction proves especially difficult to create a look that fits in, says architect Carina Coel, who worked with the Gonzalez family. She also suggests facades with a low profile and standard-size doors and windows. She stays away from using pricey materials that can be spotted from the curb, such exotic woods, stone, heavy steel frames or glass. “I want to use materials that are kind of classic,” she says. In the past few years, she has had several clients interested in a more pared-down look after “a lot of pushback” from neighborhood groups averse to more modern, showy construction, she adds.

David Gilbert purchased a 1930s early Modernist prefabricated home for $74,000 in the working-class Prestonia neighborhood of Louisville, Ky., in 2010 with plans to rehab the investment property and sell it for a profit. By 2016, he’d changed his mind.

“I started to like the house,” Mr. Gilbert, 62, a former music executive who now owns a bar and other real estate in town.

So he added an in-ground pool, new lighting and a screened-in porch. He also moved in his art and furniture collection, which includes a piece by minimalist artist Donald Judd and vintage Le Corbusier chairs. This year he finished the basement to include a large bathroom with a soaking tub and a workout area. For the exterior, though, he simply repainted the siding and added landscaping for more privacy. “The façade was left simple and plain,” says Mr. Gilbert, 62, who estimates the renovations cost about $250,000. 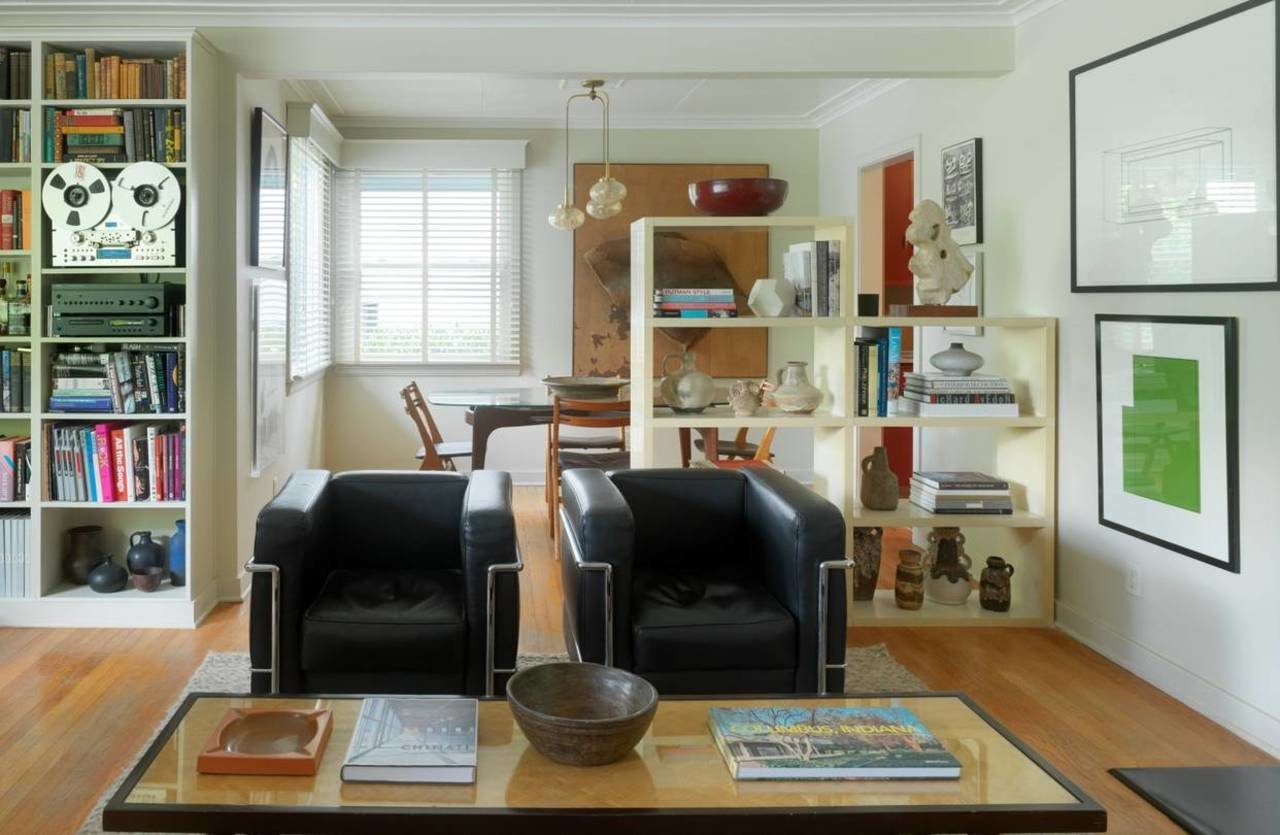 David Gilbert renovated the interiors of his home in Louisville, Ky. Ryan Kurtz for The Wall Street Journal

“The house doesn’t flaunt [the amenities] in any way,” adds Louisville architect Jeff Rawlins, who worked with Mr. Gilbert on the renovations. In the back of the home, Mr. Rawlins designed high walls to prevent onlookers from seeing the pool area in the renovated backyard from the alley. “It’s sort of like a little oasis. He has everything he needs,” says Mr. Rawlins. Adding trees helped the house blend in from the curb, he says. 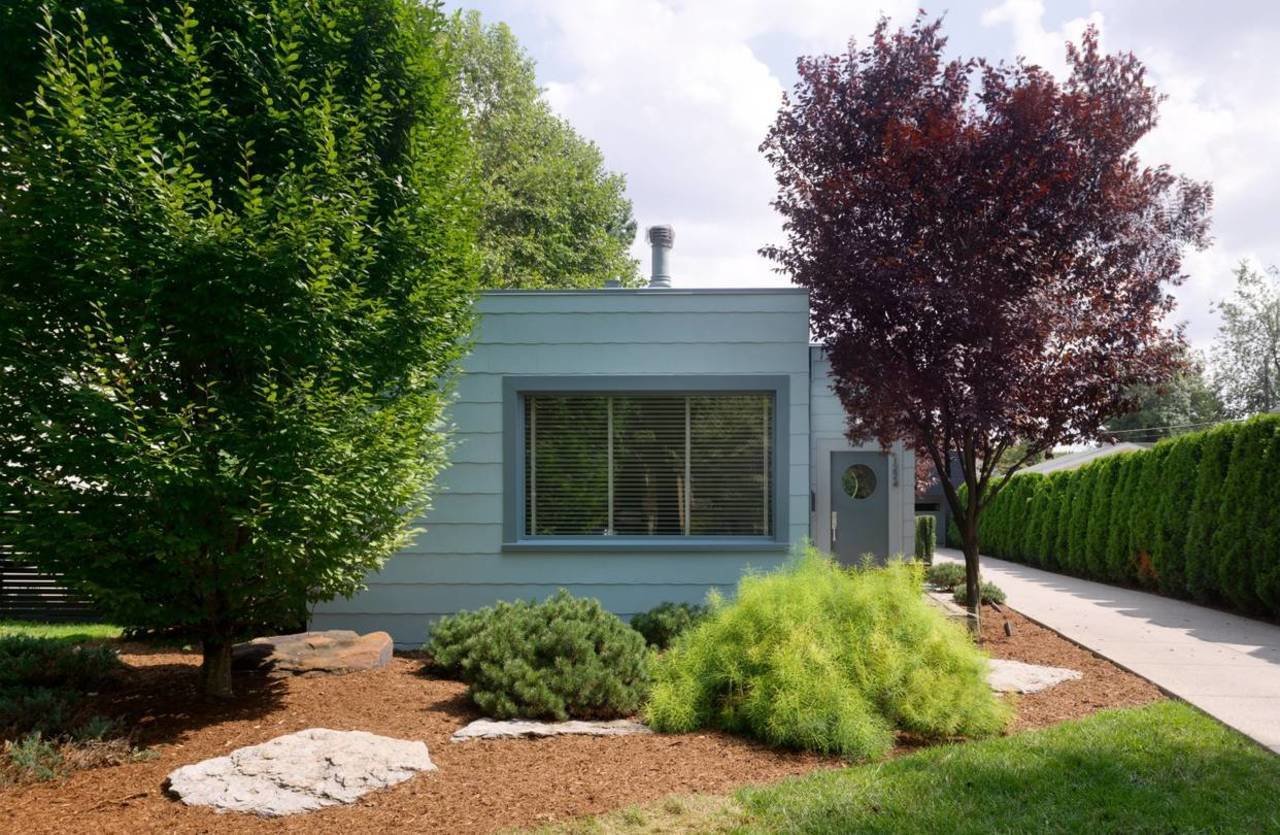 The low-key facade of Mr. Gilbert’s luxury home in the Prestonia neighborhood of Louisville Ryan Kurtz for The Wall Street Journal

The low-key look may hurt homeowners when it comes time to sell. From the street, spotting undercover gems isn’t easy for potential buyers.

Trey Phillips, real-estate agent at Moreland Properties in Austin, urges house hunters to look beyond the facade’s design and instead examine the exterior materials used. “The quality of windows and doors will tell you a lot,” says Mr. Phillips. When listing a home, Mr. Phillips highlights construction elements that may not be apparent to buyers, such as roof quality, the construction of walls and things like solid-wood versus hollow-core doors.

Still, nondescript facades risk boring potential buyers. In a survey of 6,911 real-estate agents conducted earlier this year, 94% of respondents suggested improving the home’s curb appeal before putting it up for sale, according to a the National Association of Realtors. Landscape maintenance, an overall landscape upgrade and lawn care were projects most likely to appeal to buyers and add resale value to the home.

As noted by Kimberly Rino, an agent with Core Real Estate Group in Los Angeles: “When you pull up it looks like you’re going to visit your grandma,” she says. “That can be a tough sell.”